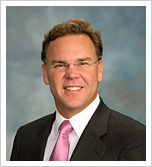 Prior to his tenure at Tauber Oil Company/Tauber Petrochemical Company, Scott worked in the refined products operations and blending areas of The Coastal Corporation and its subsidiary Belcher Oil Company of Miami.