Our Canadian Crude group works with heavy crude oil producers to create higher market value opportunities. We were the first shipper to move large volumes of undiluted Heavy Canadian Crude Oil via railcars to the U.S. Gulf Coast market, taking title to the product at the loading terminals. As well, we arrange and manage transportation to the U.S. Gulf Coast terminals. 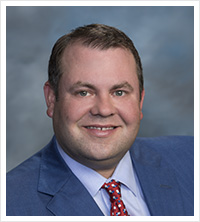 David Jr. joined Tauber Oil Company in July 2010 as Operations Manager for the Petrochemicals business unit, later moving into the Marine Gasoil and Canadian Crude business units where he was responsible for the day-to-day marketing of those business units, as well as the operations and scheduling of Marine Gas Oil.

David graduated from Texas Christian University in 2008. Prior to joining Tauber, David was a natural gas broker at IVG Energy, where he built a large book of traders and traded physical and financial basis markets.