A Second Generation of Taubers 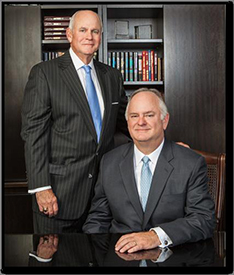 Today, the company is managed by the second generation of Taubers, who maintain the same business ethics as their father. We pride ourselves on this tradition.

As one of two Principals of The Tauber Companies, David actively directs the Carbon Black Feedstocks Division for all domestic and international market development. Additionally, he oversees the day-to-day operations of Tauber, including trading, banking, accounting, administration, and risk management.

David is a member of the Board of Trustees of Star of Hope, Carolina College of Biblical Studies and First Liberty Institute. He serves as Chairman of the Board of Trustees for the College of Biblical Studies, the largest minority biblical college in the U.S. located in Houston, Texas. He also actively serves at Second Baptist Church of Houston as a Deacon and as Chairman of the Finance Committee.

David graduated from Texas Christian University with a Bachelor’s Degree in Marketing. After graduation, he immediately joined Tauber Oil Company, then under the direction of O.J. Tauber, Sr

As one of two Principals of The Tauber Companies, Richard Tauber actively oversees the day-to-day operations of the companies, including trading, banking, accounting, administration, and risk management.

Richard graduated from Texas Christian University in May, 1979, receiving a Bachelor’s Degree in Marketing/Finance. Immediately after graduation from TCU, he joined Norwood Chemical Company as a marketer in their chemicals division, subsequently joining Tauber Oil Company in March, 1980.

Currently, Richard serves on the Board of the Sam Houston Area Council of the Boy Scouts of America, and was the President of the Petroleum Club of Houston for the 2013/2014 term.